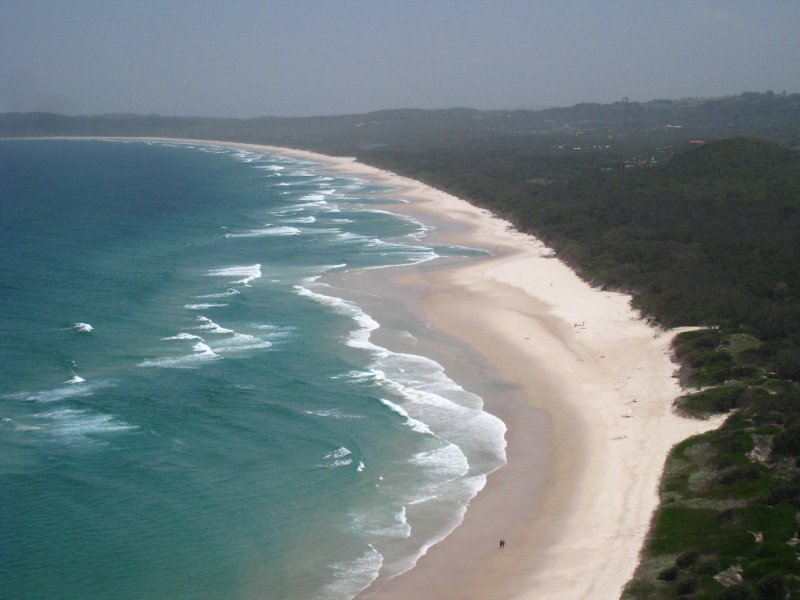 The Land of Oz

So many artists I’ve never even heard of before…

Well, I’m towards the end of my time in Oz, and I’m almost thankful for that in some ways. Australia is a really cool place, with some really cool, unique things to do. I’ve also met some really awesome people here that I’m sure I’ll be keeping in contact with years from now. Some of them live in London, so I’ll be hanging out with them soon anyway. I definitely want to come over here on work holiday in the near future, but man oh man, the backpacker trail here is unlike anywhere else I’ve been so far. Unlike Japan, where there are virtually no tourists, and those that do come eye each other suspiciously, it almost seems like Australia’s east coast (some 75-ish% of the Ozzie population) was built specifically for people to tour, socialize, and party. Pretty much every hostel I’ve stayed in so far has had a huge bar/club attached to it. Which is cool, but at the same time, continual heavy drinking isn’t really my thing, so…. yeah. Four solid weeks of being in that environment is about all I take at the moment. Nonetheless, had an awesome time, and got to hang out with an Ozzy buddy, in Brisbane, that I originally met in London the first time I was there, so that was cool. When I get back over here, I want to explore the rest of the continent and also meet my other buddies in Melbourne.

I’m also happy that I got to surf in Australia, which was really nice. Relatively warm water, good waves, and good weather, rock on! If you’re into surfing, the “Bra Boys” documentary is really good and also made by the notorious Sydney surf gang themselves. Interesting stuff, and the waves they ride are absolutely insane (we’re talking curling 50+ foot waves, easy… nuts!).

Anyways, not too many regular stories this time, just lots of partying shenanigans (because that’s what this part of the coast seemed to be mainly about). The only close call I may have had during this period is probably some liver damage =p I’m only gonna travel Oz this way one time, so when in Rome, right?

This is really from my last post, but I’m sooo happy someone got this on video. Once in a lifetime event for sure. I’m sitting 6 people to the right.

Really strange Ozzy game where you roll balls that are more heavily weighted on one side, so they curve when you roll them. It’s like a modified game of Bocce Ball

Kangaroo just hanging out by road

At a cattle station in the outback learning essential outback skills… like cracking a whip. My parents made the mistake of allowing me to have a whip when I was a child, not realizing that it was real, so this brought back some fond memories of snapping everything around the house. The reason that whips make that crazy noise is because the very tip of the whip goes faster than the speed of sound, so you’re hearing a mini sonic boom.

I avoided doing this myself, my jewels have already seen past abuse trying this

“A man fires a rifle for many years, and he goes to war. And afterward he turns the rifle in at the armory, and he believes he’s finished with the rifle. But no matter what else he might do with his hands, love a woman, build a house, change his son’s diaper; his hands remember the rifle.” ~ Jarhead

Very true and I haven’t even been to war. I’ve shot many times before but this was my first time with a shotgun and also my first time firing at a moving target. But, I still managed to hit 2/5 clay pigeons and was so close to another 2 that I perturbed their flight path. Good fun, recommended.


Me in the second pic squishing a poor goat’s guts out to hold it down for a branding competition. It just happened that the local rancher thought it would be funny to give the team of the three tallest guys the smallest goat. We were all shaking our heads, insulted, until we tried to get the damn thing. The big goats just kind of sat there and took the abuse. This little guy was like a spring loaded pogo goat from hell. <baaaaahhh>

I love being on horseback. The herding… maybe not so much.

Believe it or not, this is a beach, sort of.

Might as well, right? My wipe out got sand in some really uncomfortable places, including my mouth and nose. Blech.


Fraser Island and the most sketchy driving ever. Not only is driving on the left weird because the pedals and gear configuration are still set up the same as ours, but 4WD on sand is so, so, incredibly dangerous as we found out. The island is only about 30 miles from one end to the other, but doing it this way feels like it takes *forever*.


One of the major oddities on Fraser Island, a shipwreck partially buried right on the beach. Cool.

White sand pond in the middle of an island. Random.

In Australia, they sell this gnarly, cheap, in-a-bag wine that everyone calls “goon”. Apparently this is because the aboriginals bought it, drank the wine, then blew up the bright silver bag and used it as a pillow which they called ‘goon’. Not sure if this is true or not. Notice, however, the awesome “slap the goon” shirt on my Canadian friend. Because goon is so cheap, most of the backpackers up and down the coast are generally drinking it every night. This “wine” is not made from grapes. Disgusting.

Hanging out at night at camp. There was a shooting star at one point that was so bright everything lit up like day time for a second. And, much to my surprise because I’ve *never* heard of anything like this before, the meteor left a trail halfway across the sky that lasted for about 20 minutes. So incredibly awesome.

Dingos trying to eat our food on Fraser Island.


Some crazy Canadian crossed the Pacific Ocean to Australia in this. What a nut. The boat isn’t even 10 feet long. <contemplating…>


Brisbane, or Brissie, as the locals call it. And the famous Story bridge. From what I’ve been told, there’s only 4 bridges in the world you’re allowed to climb, this is one, and the big one in Sydney is another. Sadly, I was unable to do so as it requires serious advance booking and major $$$.


I didn’t know until I was already in Australia, but every year all the graduating high school students (16 or 17 depending on state), go to Surfer’s Paradise for what’s known as Schoolies Week. Because the drinking age is 18, that means there are a *ton* of underage hooligans all over the place in the city. Not overly pleasant. Also, oddly, the waves aren’t so good in Surfer’s Paradise, so with no surfing around either, that was a rather short stay. (That hotel was a wall of underage, drunken screaming, meh)

The easternmost point of Australia in Byron Bay and the light tower that marks it. I have no idea what wreckage is sticking out of the water towards the left of the last photo.

Like white sand beaches? Australia will hook you up till you overdose. There’s no size perspective for this picture, so look at the bottom, on the beach… that little, itty bitty, tiny spec right at the back of the wet sand on the beach is a couple walking hand in hand together. =p

If Christmas occurred in the middle of the summer for me, I’d probably have a sense of humor about it also.

More friggen schoolies in Byron Bay, at least these were 18. That guy in the middle showed up in every one of my pictures somehow. Also, because I’m not 18 and happened to be there at the same time Schoolies was going on, I was, by definition, a toolie (aka, an old person who hangs around the schoolies).

Not even the slightest clue. Me and a buddy were having a couple drinks and these girls from England walked up and wanted pictures with us in masks. The moment the pictures were taken, they were gone. No idea.

As me and my buddy were heading back to the hostel, I noticed an enormous crowd of schoolies just standing there under a light, so I walked over to ask what all that was about. The only answer I got was a <shrug>, at which point two *really* drunk girls tried to tackle me (and didn’t succeed from the next picture obviously):


Australia has a whole series of “big things” going up the east coast. This was the giant prawn. Ozzies <shakes head>

At the surf school that was part of my trip down the coast. I already knew how to surf so this was all fun for me, but they had a photographer which was cool. I was trying to walk the board in the last one.

Even though you stand up sometimes, sometimes you eat it, hard. The trick is to just keep getting back up (I got rolled three full times and hit my board on that one). This also applies to life.

Night view from Arrawarra Beach, the location of the surf camp.

The dirtiest hostel room I’ve *ever* seen by 10 fold. There were 10 beds in the room, and all of them looked like this. ZOMG. This is what happens to people who live in a hostel for 3 months…