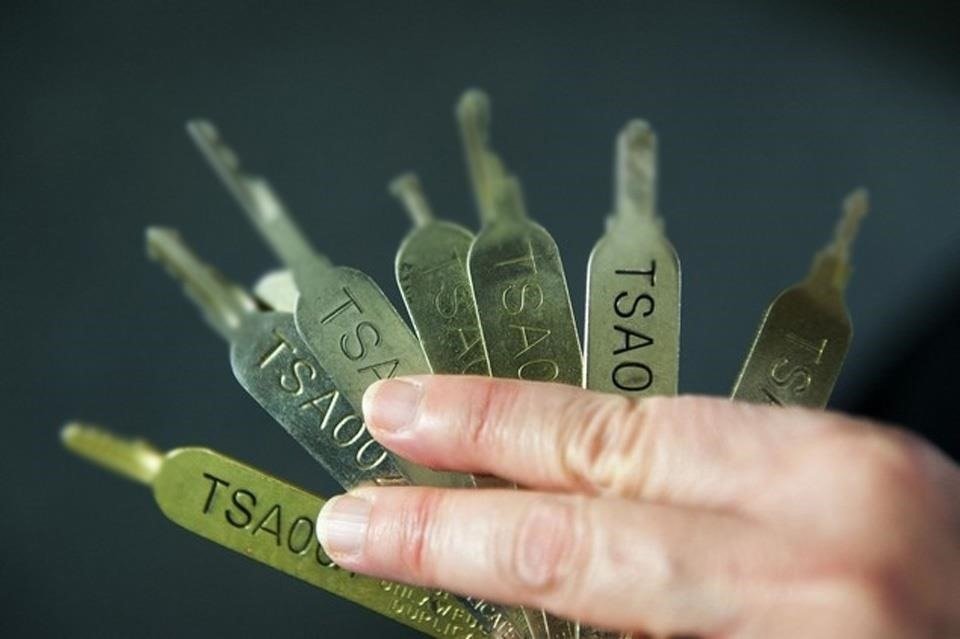 In the first part of this lock series, which you can read here, I talked about locks in general and more specifically I talked about luggage locks since those are the most important locks you’ll be using during your travels. Unfortunately, most first world countries do not allow regular locks on checked luggage on airplanes. Because any traveler is almost certainly going to get on a plane at some point, you’ll want to use approved TSA locks on your checked luggage while you’re in the airport.

What is a TSA Lock?

To explain what TSA locks even are, let’s back up into history for a second. Shortly after the terrible tragedy of 9/11, the Transportation Security Administration (TSA) was created to police and enforce airport security in the US. One of the things this entailed was inspecting checked bags to ensure they did not contain explosives or other contraband. However, this meant that people couldn’t really put locks on their bags because the TSA would cut off any locks to get into your bag for inspection.

After a couple of years of public complaint about not be able to lock up their bags, the TSA approved a locking system that would allow for TSA approved locks on bags. These TSA approved locks had a regular combination or key, but had an additional TSA keyhole, usually on the bottom of the lock. Only the TSA had the keys for these extra keyholes, and the idea was that you could lock your bags up, but the TSA could still unlock your lock for bag inspection. This rapidly expanded to being a worldwide standard and you can identify TSA locks by the red logo on the lock.

Fast forward now to 2015, and the Washington Post publishes an article “The secret life of baggage: Where does your luggage go at the airport?” In the original article, they included the following image of the master keys:

What the Washington post didn’t realize is that having an image of a key is almost as good as having the key itself. For thousands of years, key impressions have been used to covertly copy keys without the owner noticing.

One you have the impression, making a new key is easy. While the Washington post picture wasn’t exactly an impression, it wasn’t far off from one. Almost immediately, people figured out how to 3D print the master keys. Even though the Washington Post took the image down, it was too late. Once things are out on the internet, they don’t disappear so easily. You can read how advanced the 3D printing has gotten over at Wonder How To. You can even find the TSA master keys on eBay now made with real metal.

When confronted with the fact their locks were now insecure, the TSA basically didn’t care. Their official response was ” The reported ability to create keys for TSA-approved suitcase locks from a digital image does not create a threat to aviation security”. In short, that’s your problem that the locks are insecure. The TSA only cares about the airport. You can read more about this over at The Intercept and here at Extreme Tech.

The Takeaway For Traveling

So what does this mean for traveling? Well, your average thief isn’t going to be carrying around TSA master keys with them. But, the people involved in more targeted thieving, like the scams where people dig through your bags on buses, could very well have these keys. Their plan is to break into bags, so they’re probably coming prepared.

This means your regular bag locks shouldn’t be TSA locks. However, you probably still want to bring TSA locks with you for the airport, if for no other reason than to make sure your zippers stay closed so nothing falls out of your luggage/suitcase/backpack while it’s being through around and abused by conveyor belt machinery.

Which TSA Lock Should I Buy?

Just like your regular bag locks, I recommend a combination dial lock with no less than four dials. These four dial locks are a good start.

How To Reset The Lock Combination

Also, similarly to before, the default dial code will be 0000. Set the combination, open the shackle, turn the shackle 180 degrees. Then press the shackle into the lock body, change your combination and release the shackle. Your new combination is now set. All of this is the same as your bag locks from before.

So, that’s two sets of locks you should be bringing with you now. One for day-to-day use on your bags, and one for use on your checked baggage in the airport. In the last part of this series, I’m going to talk about locker locks and how these are different from your bag locks.