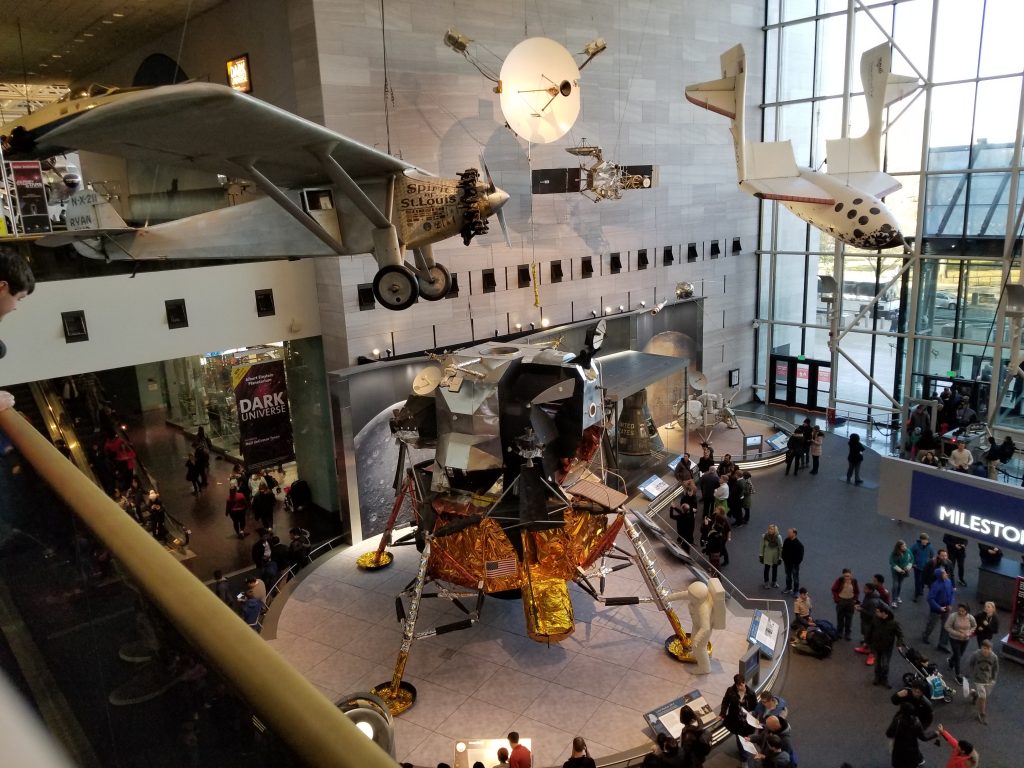 The Best Cities In The World For Museums

Not everyone is into going to museums while traveling, and that’s totally fine. Many cities you could pass through without ever even looking at a museum and you probably wouldn’t be missing much. But, certain cities have such amazing museums that I’m going to claim that you’re missing out in your travels if you don’t go visit them. These are the best cities in the world to see some history.

Just for clarity here, when I say museum, I don’t mean a historical site, castle, or palace. I mean art, history, and science displays. Trust me, you don’t want to miss these places.

Most of these cities are going to be big capitol cities, and what better city to start with than Washington D.C.? The national mall here has some of the coolest museums you can think of, and the best part is they are nearly all free! If I had to narrow it down, I would definitely recommend that you go to the Air and Space museum and the National Museum of American History. Because only a few countries have made it into space, the Air and Space museum is pretty unique and really cool. You will get to see actual NASA rockets and experimental craft. As for the American History museum, I classify this as a “global oddball” compared to most museums because of its super kitschy view of American, well… everything.

Also, little known fact, if you are an American citizen and contact your House representative you can schedule visits to the White House, the Supreme Court, and the Legislature. Cool.

If you love art, this is the spot. The Louvre, and an huge number of surrounding museums, have all the art you could ever want. Set aside a whole day for the Louvre, it’s like fifty museums tied together into one large museum.

If you like global history, London has some of the most amazing museums you will ever come across. Even better, similar to Washington D.C., many are free but do encourage visitors to make donations to support the museum’s operations. The British Museum actually contains the real Rosetta Stone, how awesome is that?!

There really are a ton of cool museums in London. Some of my favorites are the National Maritime Museum, St. Paul’s Cathedral (technically a site), the Imperial War Museum, and the Tower of London (also technically a site). I’m a huge Battle of Trafalgar nerd so I may be a little biased on a couple of those.

The history of China is so complex, and so long, that trying to understand it in a single trip would be impossible. That said, they have a national mall called Tienanmen Square that’s kind of like the mall in Washington D.C. in that it is surrounded by amazing museums and national historical areas. There aren’t many places in the world where you need more than a couple of days to see a city’s sights, but I would argue that Beijing is on the other end of that scale in that it’s hard to see everything notable in less than a week. I would recommend that you go basically everywhere here, it’s fascinating.

As a note, I was tempted to include St. Petersburg, Russia in this list for it’s quantity of places to see, but almost everything there is a site, and not a museum, so I’ll talk about that in a separate post at some point.

There are many sites here for obvious reasons, but the art museums rival Paris in their revelry and may be some of the best museum displays you’ll ever see. Make sure to visit anything related to the Catholic church as their art collections are profound.

Similar to Rome but minus the Catholic ownership in many cases. Just go to any museum that deals with art. Even the statue of David is here.

If you travel of Japan, it’s almost impossible to get into any of the the main cities without passing through Ueno somehow. What might not be obvious if you don’t leave the train station, however, is that Ueno is the national museum area also. I would argue that this area is best seen on your way in or out since it’s the connecting train station from Tokyo to the airport in Narita. Just throw your bags in a locker in the train station, and then go see the beautiful displays of Japan’s history. They have a long and complicated culture that has always had a dedication to the arts, so some of the things here are not to be missed.

That’s it for this post. If you skip many museums in other areas than what I listed above, you’re probably not missing something mind blowing, but if you head to one of these cities, you should certainly check out some of their museums, since nothing else on earth compares.

PrevPrevious PostWhy Am I Not Losing Weight From Running And Exercise?
Next PostNavy Seals Patch Update!Next