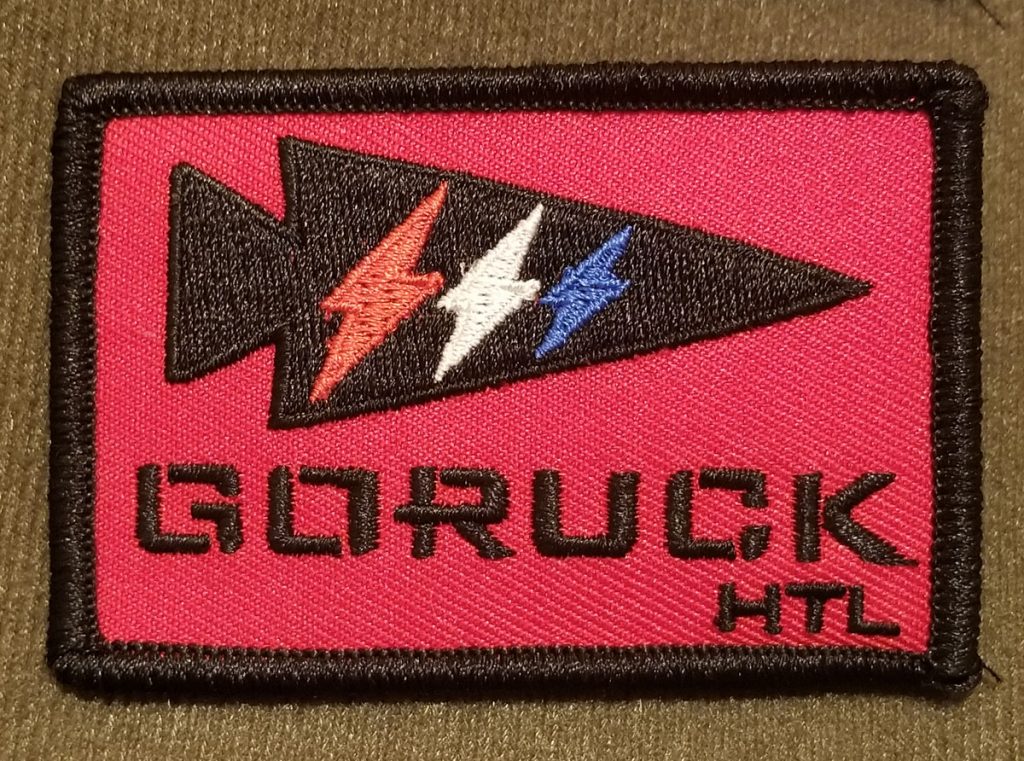 My Packing List and Logistics for the GORUCK HTL

I wanted to share this out because a lot of people have asked me how they can even start to think about tackling a GORUCK HTL. If you’re not familiar, an HTL is a Heavy, a Tough, and a Light back to back to back, making for a nearly 48 hour event. In my opinion, if you can complete a Tough event and not feel completely broken afterward, you can probably already do an HTL, though you may feel like you’re barely hanging on during the Heavy.

While physical readiness is, of course, a big part of the equation, I think the bigger challenge for many people is getting their logistics together. An HTL is three different events, and since there isn’t much downtime between events, you better have your plan and gear well laid out to continue or you’re risking not making it to the start of the next event.

I’ve completed two HTLs so far, and this is my current strategy for making it through an HTL. With the number of HTL weekends being drastically reduced for 2020, now is the time to get on it if you’ve been thinking about earning your bolts. Use this list/guide as a starting point, and adjust as needed. This is not a “one size fits all” solution.

Get Your Main Ruck Ready

That’s it for getting your ruck gear ready. Now get your other gear ready.

Get Your Non-Ruck Gear Together

That’s pretty much it for gear. Now, it’s just about getting organized and getting to the event start.

The Day of Your HTL. Load Up, Tape Up, Quadruple Check Everything.

This sections is going to be highly personal, but this is what I do and I encourage others to do the same. If you know you can get a minute of sleep, do it. Your nervous system will appreciate it. I actually start getting double vision if I’m up for too long without a moment of shut-eye. Your body will go into deep sleep really quickly if you’re super tired, so these naps aren’t a normal nap. Take them.

Obviously, you’ll do that twice during an HTL, but it’s the same procedure both times.

Yes, this is a ton of stuff, but if you get all of this handled, and can keep your head in the game during the events, you’ll be looking at your bolts.

Not everything in here will apply to everyone the same way, but this is a pretty finely tuned step-by-step list that is working for me, so if nothing else, it’s a starting point to get your head in the right place to think through these logistics.

Once you’re done with your HTL, and there’s lots to talk about there, but not in this post, go home, get some rest, crack a beer and pass out. You’re going to be sleeping pretty erratically for a couple of days. So, if you have to work on Monday, make sure they know you might need to step out for a nap if they’re cool with that.

If you have any questions or comments, you can leave a Facebook message below or contact me directly. Get on those HTLs while they’re still around, you can do this!

PrevPrevious PostMy Background In Exercise and Travel Fitness
Next PostWhy Am I Not Losing Weight From Running And Exercise?Next