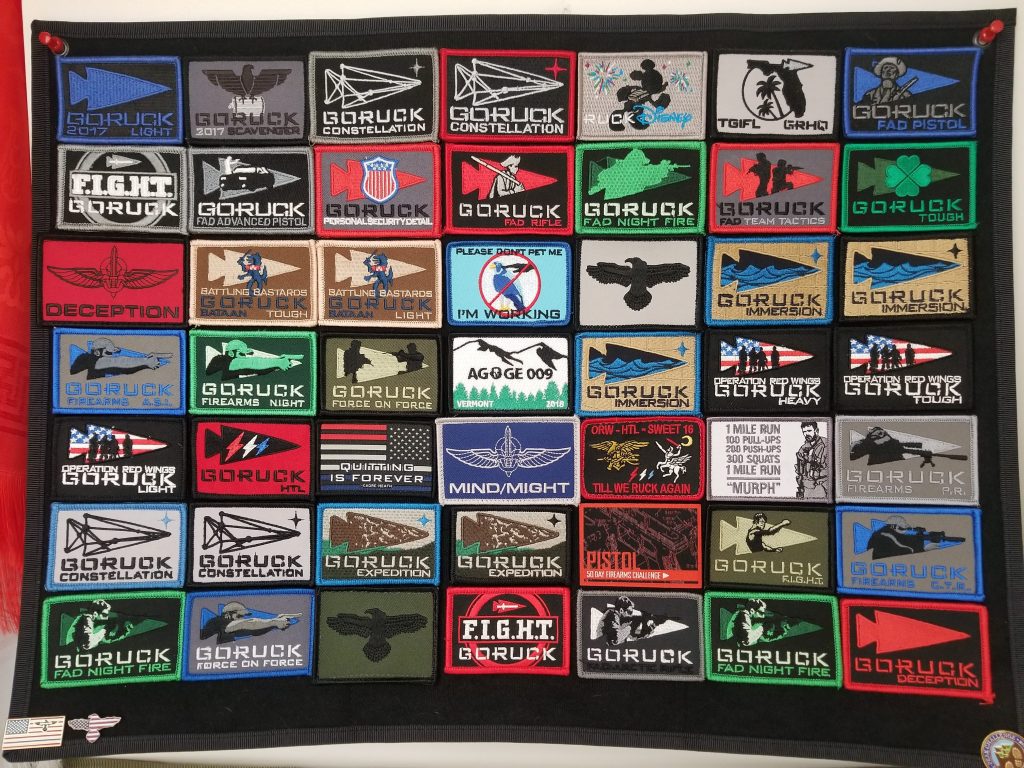 My Background In Exercise and Travel Fitness

In my last post, Introducing the How To Exercise Category, I promised to describe my background in exercise to show you that I’m not just some fitness hack spreading the latest workout trend. Yes, I did become a certified Spartan SGX coach, but no, I am not a professional trainer by day or even as a side gig. The TL:DR here is that I’ve completed three 48+ hour special operations inspired endurance events and have realized that by becoming more physically fit, I have become a better and more robust traveler. I used to walk a lot during my travels, but I’d be pretty worn out at the end of the day. Now, I can walk for hours under my full travel backpack without a break and I don’t really feel tired much anymore. My goal is to try and help your fitness, and your travel fitness, improve similarly.

Why I Started Learning

I started learning exercise physiology partly because it was a component of the Spartan Delta (a nine event mega-medal that covers all that Spartan offers) and partly because I’ve had a ton of running injuries over the years. Also, like many others, a lot of workout methods simply hadn’t worked for me in the past. I’m always interested in learning new stuff, and I had already noticed during my first seven month trip around the world that the travelers who were more fit were getting a lot more out of their travel than those who were less fit.

As it turns out from my learning, I’ve discovered most people are working out incorrectly and they’re limiting their improvement over time. I’ll get into the details of this in future posts in this category, but the biggest thing to understand is that your exercise at home has a direct carryover to your overall travel fitness. And, the better travel fitness you have, the better your travel will be.

Up until I turned 30 or so, I had tried all sorts of common workout methodologies. Running, swimming, biking, lifting weights using machines, calisthenics, yoga… I tried all sorts of different distances, regimens, etc. I had also taken a lot of martial arts and a small amount of dancing classes which are workouts in their own right but I wouldn’t call them “exercise” necessarily. High Intensity Internal Training (HIIT) wasn’t a thing yet at that point but if it had been I’m sure I would have tried that too.

I had mainly exercised for my own benefit, but I had also previously wanted to join Navy Special Operations (which is a whole different story) so I had followed the old 2000’s SEALs workout plan many times. Unfortunately, this plan consistently left me injured which was super frustrating. I simply couldn’t handle the workload in their plan (turns out it wasn’t just me, they eventually replaced their workout plan with something much more reasonable).

Because I was working out for myself, I hadn’t really done any races and I also didn’t want to spend the money. Then, around 2007, my company at the time decided to pay for a group of people to do the Camp Pendleton Mud Run, a 10k muddy run through a Marine base that included some obstacles. Due to other events, I wasn’t able to go that year, but I decided to go on my own the next year and had a blast. That race also totally kicked my butt.

Fast forward to me turning 30 and I decided that I wanted to do the Super Seal triathlon because of my history with the Navy. Turns out that the same year, Camp Pendleton had a race series consisting of a half marathon, a triathlon, a bike ride, an obstacle swim (think floaty stairs and stuff), and the infamous mud run. If you did three races, you would get medals that combined together into the Marine logo. Cool. I signed up for all of this since it was essentially two triathlons and some related component events.

After that year, I was talking with my girlfriend about maybe doing more races and she made the interesting observation “From what I’ve seen, the happiest you’ve ever been after a race was after you did the Camp Pendleton mud run. Have you ever considered running a Spartan race?”

I had heard of Spartan at this point, but I had never looked into them. At the time, I actually thought the Spartan races were a gimmick event because of things I’d heard about electrical shocks and jumping off high diving boards into freezing water, etc, but I soon found out that things were actually the Tough Mudder races (I still think Tough Mudder is a gimmick for this reason by the way). Once I found out what the Spartan races were really about though, I was immediately interested. Their nine event progression also sounded super interesting because it was a built in challenge to keep getting better. I wanted to do something different with my fitness moving forward, and I found that in these races.

In the process of researching the races, I discovered there was also an educational side to Spartan, as well as an endurance event side. The endurance events were bootcamp style teamwork events consisting of carrying heavy objects and doing PT (Physical Training, i.e., body-weight movements) for long periods of time. I had already wanted to go to into special operations earlier in my life, and I always wondered, “could I have done it?” So this was right up my alley.

While looking at recommended gear for the Spartan “Hurricane Heat 12 Hour” event, I kept seeing references to a backpack called the GR1. I ended up googling it and discovered GORUCK. They make the GR1 but it turns out they also offer endurance events, as well as survival and firearms training. Ooooo – Take my money!

From that initial research in 2016, I have since completed seven of the nine Spartan events, including their pinnacle event, the 60+ hour Agoge (that was actually my Agoge, so I make some cameos in that video), and I have also completed two roughly 48 hour HTLs (Heavy+Tough+Light, three events back to back to back) with GORUCK. I’ve learned all sorts of exercise physiology and went from a rather gangly 165 lbs (75 kg) to a very solid 195 lbs (88.5 kg). I’ve also completed a running marathon at Disney World as part of the Dopey Challenge and I’ve done a bunch of half marathons too. Not to mention becoming a better, faster, and stronger traveler because all of this directly carries over to travel fitness.

Why This Ended Up Being Perfect

The big thing with these endurance events, and why they’re perfect for travel fitness, is because you don’t know what to expect in the event. These endurance events model the Green Beret’s Assessment and Selection course (SFAS) which combines tests of endurance with strength and mental fortitude. Because the events consist of PT, running, and carrying heavy stuff, you can’t just go the gym and lift weights. You also can’t just go out and run all the time. Doing only one style of workout is going to leave you woefully unprepared for the unknown that happens during these events. Instead, you need to do a little bit of everything which will make you generally fit and prepared for anything whether it’s carrying your groceries or hiking a mountain. This is also true for the obstacle course races (OCR) as well.

Most people don’t workout with the goal of “general fitness”, but I would argue they should. Having strength, stamina, AND endurance are going to make you formidable to life in general. Then when you go traveling, already having this level of travel fitness, you’re going to do more, see more, and feel less tired doing it. You’re also going to look good doing it which never hurts either.

So that’s a quick intro to my background in fitness. Overall, I’ve taught myself how to program workout schedules for general fitness and how to do so without injuring yourself. While there’s always more to learn, my current knowledge has gotten me through three incredibly grueling multi-day events and the weekly workouts have been treating me well so far. That said, you don’t need to be gearing yourself up for doing these kinds of events. Just changing your workout regimen to be more well rounded, or starting to workout in the first place, is going to make a big difference in your life.