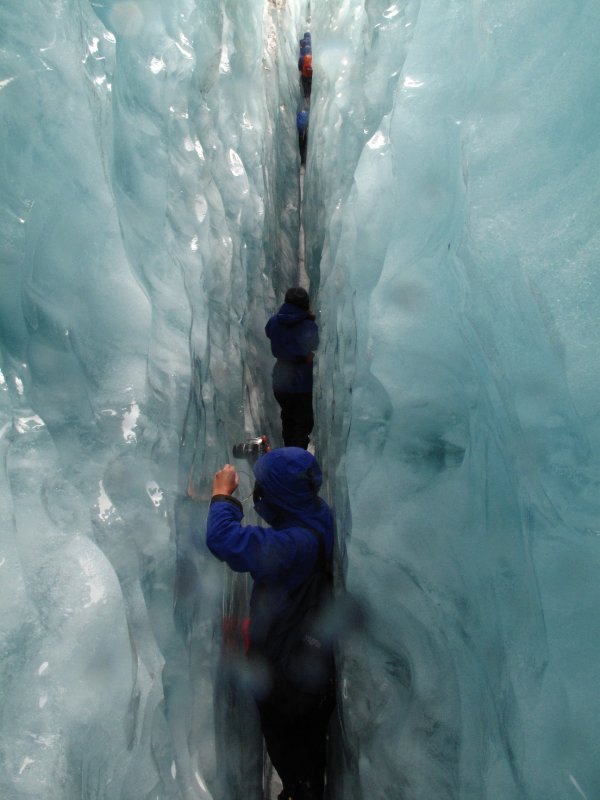 This song is a couple years old, and British in origin, but it was once at the top of the charts in Australia and New Zealand. A lot of the bars and clubs in Oceania have TV screens that play the video of the current music, and I loved this video. I’ve gotten into such a carefree, happy state that I can’t help but move my head to the beat of any nearby music, so this girl openly dancing on the streets of London was right up my alley. The looks some people give her are awesome. Love it.

My trip is mostly over for now, but as I was traveling around, I kept hearing from heaps of people that New Zealand is absolutely one of the best destinations in the world, so I was pretty excited to be finishing my trip there. I have to say, New Zealand has some extremely beautiful scenic areas, but I did find that it was a little lacking in non-adrenaline based things to do. Almost everything to do in New Zealand revolves around sky diving, bungee jumping, and speed boating. I think of a lot of this has to do with the low population of New Zealand, after all, the country only has about 4.4 million people and 1.3 million of them live in the single city of Auckland. However, those during the day activities are counterbalanced with a really fun backpacker party scene. Because of my holiday timing, I ended up on a full bus with people from literally all around the world, including Columbia, the US, Taiwan, Sweden, Israel, and heaps more places, so the conversations over drinks were amazing and interesting because of all the different perspectives.

New Zealand is also very unique in one particular aspect, in that the incoming Europeans managed to coexist with the native people, called the Maori. In fact, the Maori people completely integrated with their European counterparts, and even today, the Kiwi people (what they called the New Zealanders, named after the flightless Kiwi bird unique to New Zealand) embrace and love their indigenous heritage. A very large portion of the cities and nature sites still bear their Maori names today.

This tower in Auckland is the highest structure in the southern hemisphere.

Christmas in the middle of summer, so friggen weird. I took this picture at close to 9pm and it was still that light outside.

Was on a street sign, the very random Maori-bama.

It almost seems like the slogan for this company should be “Get cracked out on Cookie Time”. I’ve seen a few kids look like this after eating sugar.

The Lord of the Rings movies were all filmed in New Zealand. Outside this town is where the set for Hobbiton is located.

I’m sorry, could you repeat that one more time, I didn’t catch that word you just said…

At the place with the really long name checking out the natural geysers and hot springs that seem to be everywhere on the north island of New Zealand. You’ll be driving along and see steam coming out of the ground in random spots next to the road, it’s a little odd.

One of the oddest things about New Zealand, that I was completely unaware of before I got there, was that the country has no ozone layer. I’m not even joking, the sun *hurts* in New Zealand. You know how if you sit at the beach for a while, you can feel your skin starting to cook a bit, and it feels kinda itchy and sensitive? In New Zealand, it can be 50°F (10°C) outside and your skin feels that burning sensation *immediately* upon entering sunlight. Apparently, the average time to sunburn is a whopping 8 minutes. Needless to say, I was wearing a nice thick coating of sunscreen during my entire stay.

I was a bit confused going through my pictures because I didn’t remember taking a picture of a painting. But no, this is real.

One of my mate’s (friends) beg bug wounds.

A friend made during my travels. She’s also a salty dog (sailor, child of the ocean), along with another salty dog lifelong friend in the next photo (I met him in north Australia and we ran into each other in NZ again). Both are English. They took the piss out of me (made fun of me) for a while over this photo for the way I was holding the teapot (which was how you ordered cocktails at this bar). He looked at the picture on the screen right after it was taken and said “you shouldn’t be allowed to hold one of our teapots if you aren’t going to hold it correctly”. Here he is demonstrating the correct hand position:

The Maori name for New Zealand is Aotearoa, which means the “land of the long, white cloud”, and I’m sure from these you can see why.


Up on Franz Josef Glacier. There are people in every picture so you can get a size perspective. The glacier looks so small in the pics until you see the people. A lot of my pictures are from the surface of the glacier, so it’s not obvious, but the hike is definitely not for the claushtrophobic. All the knuckles on my right hand were bleeding from the ice after going through this crevasse:


As of now, I’m back around in San Diego getting everything ready for my move. I’m both ecstatic and gutted (devastated) that I’m done with my trip for the time being. It’s nice seeing friends, eating familiar food, and sleeping on the same bed for more than a couple nights in a row, but there’s also a little less adventure everyday. Everything in moderation I guess. I submit my UK work visa application a few days from now. Wish me luck

PrevPrevious PostIn the calm before the…
Next PostIn Loving MemoryNext