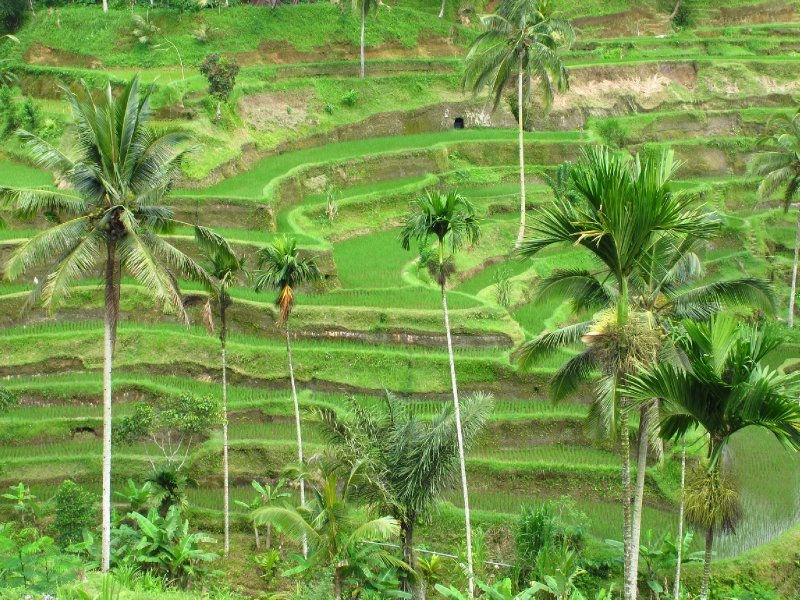 A Broken Paradise And An Awesome City

Indeed. This was real popular in Bali. Though possibly much more interesting is the next guy. How eerily similar is this to Christian music?

After leaving Australia, I headed through Bali since it was on the way to everything else in Southeast Asia. I almost decided not to go because I had heard all sorts of terrible things about Bali, but lots of people assured me that so long as I stayed out of Kuta city, the main tourist spot, it would be alright. The main bad things I heard were about trash being everywhere, about overly aggressive hawkers, about loud, drunken idiots and on and on. Turns out my friends were right, Bali can be alright, but you have to be really careful where you go, and everyone is trying to get your money one way or another. Kuta was exactly what I heard. It’s the worst place I’ve ever been on Earth.

Bali is part of Indonesia, and though Indonesia is a very heavily Muslim country, for whatever reason, Bali is almost entirely Hindu. So to even things out, I got the Hindu Bali experience, and then took a boat ride over to the Gili Islands, part of another island group in Indonesia, and got the Muslim side of Indonesia as well. Things were notably more tense in the Gilis, despite it being a supposed backpacker haven. I didn’t really find anything redeeming in the Gilis, but it was interesting to visit. (You can walk around the largest island in the Gilis in about 3 hours, there’s nothing really there).

Overall, I didn’t really find Bali to be a very captivating stop.

Hindu temples hidden amongst the jungle.

In order to enter those temples I had to dress appropriately, which means wearing a sarong. They’re not joking around with that.

Just happened to be a holiday of purification for something or other when I came to the water temple. No one I talked to seemed to be able to explain the local Hindu customs here to me because they’re wildly different than they are in India, so my apologies for not knowing what this holiday is actually for.

This is Kopi Luwak, the most expensive coffee in the world. It’s produced by a small tree dwelling animal eating the best beans, and then pooing them out. The poo is collected, washed, beans extracted and then roasted and sold. The flavor is really rich, smooth and earthy. It’s quite unique. What you’re looking at is a basket full of unprocessed turds of coffee gold.

I have to admit, the rice terraces in Bali sure are pretty. However, their beauty is marred by the endless stalls of hawkers that are right behind me as I took these.

Hindu gods in the traffic circles are quite a common sight.

Motor bikes are much loved in Bali, and poorly regulated and enforced. Meaning lots of foreigners get in traffic like the following:

And have all sorts of close calls dealing with insane uncivilized traffic conditions, which combined with a lot of people having no experience riding (and for some reason thinking they can ride anyway) results in all sorts of accidents. I recently found out a friend of mine died here in exactly that manner.

They may look cute, but they certainly don’t act cute. Little monkeys have a tendency to jump on people, rip food and water away from them, tear off earings and necklaces, and generally cause mischief. If you ever go traveling and encounter monkeys, don’t be afraid to violently kick one if they’re annoying you. It’s the only way they’ll leave you alone.

A recently discovered temple that had long been hidden under jungle growth.

I wish I were joking when I say this, but this is the courtyard of a Starbucks right in the middle of Bali.

The “taxis” on the Gili Islands.

Drugs are a huge problem on the Gilis, but the government cracked down for awhile, so who knows exactly what you’re buying there now if you decide to partake. I found out after I left that someone died of alcohol poisoning in one of the bars I entered only a few weeks before I was there. 3rd world travel. It’s no joke.

I ended up staying on a rather unimpressive boat as my “hotel” while in the Gilis, but the view was nice.

A terrorist bomb went off in the main tourist area of Bali in 2002 and leveled this whole area. Very surreal to be there, and worse because everything is questionable in the 3rd world, meaning I felt absolutely no sense of safety being in that area, even 10 years later. If you pay attention to the news you know that riots have recently occurred in Indonesia that resulted in us shutting our embassy there down. Lots of people still don’t like foreigners here.

Everyone talks about Bali being this lovely, beautiful place. It’s not. I think a lot of people saw “Eat, Pray, Love” and got romanticized by the Hollywood vision of Bali, or heard stories of people who visited here 20 years ago and think it hasn’t changed. Parts of Bali are still alright, but in general it’s a tourist trap, and little if any authentic culture remains. One of the biggest problems they face is trash. Lots and lots of trash. Their response was to chuck it in the ocean. However, plastic floats in water. This has resulted in a massive amount of plastic garbage in the ocean that comes in and out with the tide. I hear lots of people say the surfing is great on Kuta beach, you just have to push the floating plastic crap out of the way. ……Excuse me, I won’t even take my shoes off on this beach if there’s pointy plastic everywhere, let alone get in the ocean to surf amongst the trash. Screw that. The entire beach, all mile of it, looked like these pictures. Wisely, they have a tractor that comes by and rakes this trash up, but it doesn’t really help. Apparently, at times, the beach looks like this: gross.

After Bali, and a horrible incident with migraine and food poisoning that cancelled my diving plans, I headed up to Singapore. Singapore was awesome! It’s probably one of the coolest places I’ve been on earth and it’s super first worldy. Imagine taking an equal amount of Indian people, Chinese people, Malaysian people, and European people, and mixing them altogether in a giant city. That’s what Singapore is. On a street corner, you’ll see people wearing saris, next to people in business suits, next to people in trendy fashions, and everyone doesn’t mind what everyone else does. It’s awesome. And the food that comes out of this is also amazing. The rich variety of culture, and really nice modern conditions, is worth checking out if you need a holiday.

The Merlion. Probably the weirdest city icon I’ve ever seen.

So yeah. I had to look this guy up, cause I’d seen those fruits in a few places before, and had noticed an odd overwhelming stench around them. They’re called Durian, and apparently they smell like a rotting corpse. They only grow in jungle type climates, and they’re a huge no-no to bring anywhere in Singapore.

Loads of unexpected turtles in the middle of nowhere.

And a random peacock? Why not?!

My friend who teaches English in Singapore lining up a shot. Singapore was taken over by the Japanese during WWII by a bunch of soldiers on bicycles. No joke.

The largest aquarium in the world. Not bad.

And a crazy awesome infinity pool at a hotel I stayed in overlooking the Singapore center. Never seen anything like this anywhere else on earth. Don’t ask how much the room cost I only spent one night there.

And the side view of the that building.

A cool tree structure outside my window and the Singapore port, complete with shipping transports waiting to unload.

And some wide screen views.

The big mall connected to that fancy hotel.

Couldn’t really get a good picture of this, and this one doesn’t do it justice, but this was one of the craziest things I’ve ever seen. Sunday night in Singapore in Little India, there’s a tens of thousands of Indian men out and about, drinking, eating, and socializing. But… not one single woman. Not one. It was crazy. The streets were so packed that it was hard to walk, and no traffic could get through. It was totally wild.

Not messing around here.

The entrance to a Hindu temple.

And some shrines inside.

Homage to a god important to Tibetan Buddhism, this is Kali.

Most of the rest of these are from an art exhibition made of Legos. I think these are amazing, and quite dark in some sense, which is awesome for being made out of a children’s toy.


And me all Lego-ized:

After this, went on to Malaysia, and then my plans went wild…