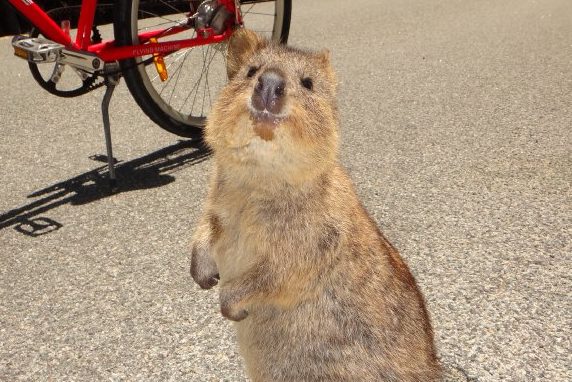 So much amazing music heard in Oz, I couldn’t really narrow it down. Labrinth – Earthquake, Rudimental – Not Giving In (this is a pretty powerful song), David Guetta – She Wolf, Calvin Harris – Bounce, and Sam and the Womp – Bom Bom.

Man. So like my China blog, not only did talking about Australia take a while to internalize, but then job interviews, migraines, a rapid move around the world, and getting set up in a new city all took their toll. Nonetheless this is really late. I had originally wrote out a blog for Australia while I was still there, but I realized it was a pretty frustrated rant. Now that I’ve had time to think about it, let me explain.

I went to Australia during my first world trip and loved it. It was like the US: relatively safe, first worldly, modern, and full of cool early-to-mid-20’s people at every turn. When I found out I could live there and work for a year, I decided to come back.

When I arrived in Melbourne to start to find work, I was almost horrified at what I found. Things had changed. Incredibly poor living conditions, a tight economy meaning almost no jobs, tons of 24/7 drunk 19 year olds. It was a total madhouse.

I met some really cool people there, but they were the unusual ones. Person after person I met had been fired for showing up to work drunk, and almost every business I talked to found out I was on the “youth” work visa and suddenly wasn’t interested in talking to me anymore. The hostels were loud, unruly, all the facilities were broken, and it was impossible to get a good night’s sleep. Many hostels had security guards which I’d never seen anywhere before, and it was to deal with the drunken hooliganism. Even trying to get out of the hostels was a sad affair. There are no laws in Australia to protect backpackers, so land lords were charging as much for a bed per month as a hostel dorm bed costs. But each room in a house would have 3-4 beds or more, so it was still just a hostel again. The only way to get a real place was to sign a 6-12 month contract. Bad times.

4 beds in here with nothing but a curtain separating the “rooms”. Is this really an apartment? This is worse than being in a hostel in my opinion.

After about 4 weeks of trying to find games industry work and failing, I started looking at selling craft beer, bartending, and stocking, and still had no luck. I even tried to get a computer repair position that was “desperately needed that day”, and the moment they heard “work-holiday” (the youth work visa) they immediately lost interest. Rather than washing dishes, doing air conditioning installations, or working in a mine in the middle of nowhere, I accepted my loses and moved through Australia, avoiding the parties and drinking, and solely doing my own tourist thing.

Does this really even need to be said? This is a place filled with beds. Ya know, like, for sleeping? <sigh> I’m too old for this.

I really enjoyed my time living in Melbourne and Sydney, but it wasn’t meant to be. If I had a real job there, I might consider it again someday, but Australia is definitely a different culture. Which was another oddity. It was really hard to meet Australians there because all the non-professional jobs were taken by foreigners. What good is integrating into a culture if you can’t even meet any locals to integrate with?!

Overall, it was a strange time, and I had gotten quite frustrated by the time I left Sydney. It’s hard to believe so much had changed since the first time I was there, but almost everything I encountered this time around was a totally different experience. I’ve talked to other people that went to Australia years ago and they were shocked to hear my new stories, because they experienced what I did the first time. Oh well, life happens. Moving forward!

Hopefully get caught up here on things here shortly. As I was leaving from Australia I was doing loads of interviews in England…

The little penguins that live in Melbourne. They’re so cute.

A Melbourne sunset. It’s not visible, but this is a big bay port, not the ocean. Either way it makes for nice views.

Part of the 12 Apostles in southern Australia. A ship wrecked here long ago and only one guy and girl survived, so everyone kind of expected they were going to get married. Things didn’t work out.

Just chillin in the wild.

Still my favorite memorial to fallen soldiers. The widows carrying the fallen back to their home, elevated as heroes.

A Bali bombing memorial next to Coogee Beach in Sydney. Quite sobering for me since that’s where I was headed next.

I thought these people were nuts.

New Years Eve gatherings in Sydney. I think every single person there was a foreigner. Seriously, it feels like there’s no Australians in Australia.

Pretty cool. One of the better NYE’s I’ve had, especially since it was blazing hot outside.

Didn’t notice these little guys last time I was in the Brisbane area. I had to sneak up on the first one because they hide in their holes when people stomp past them. And they run… fast.

Stuck indoors instead of sailing because a huge tropical cyclone was rolling through. Just put that clothes line up anywhere. It’s not like anyone else needs to get by or anything. Irritation had thoroughly set in at this point.

Wow. That sucks. A lot. Cyclones are no joke. Glad I didn’t end up in a Fiji situation again.

Because of the cyclone, all the roads leading to Cairns were flooded, and the buses were full of thousands of backpackers trying to get through. I opted for flying, as it was going to end up cheaper in the end anyway. Lucky me, I got to see the Great Barrier Reef from above. Totally worth it.

I thought this was a plastic bag. Then I realized it was a bat. Yuck.

Almost got this little guy in my hair. Just one more thing trying to kill me. Doesn’t it have a cute little skull face?

Oil tunnels from WWII in Darwin. Man, I didn’t realize how badly Darwin got bombed the Japanese. Things were bad.

One of the monster Darwin batteries.

And a Box Jellyfish. Just one more deadly thing here.

Some nice plexiglass views. That’s a big stinking dinosaur, and as close as I’d ever like to get.

I almost got shot with one of these when I was 16ish due to an accidental discharge. Always a nice reminder.

Read about this here. I was literally giddy when I found this in Perth, having no idea that part of the meteorite would be there.

It’s not just us.

One of the original Australian convict prisons. Apparently a felon is a bad person, but convict were allowed to work and make something of themselves after being sent over from England. So the convict title didn’t necessarily mean someone was a bad person, it meant they weren’t allowed to return to England.

Yeah… a soda for about 4.50 US dollars. Welcome to Australia. The most expensive place you’ll ever visit.

Out on Rottnest Island off the coast of Perth, the main place in the world you’ll find the quokka. I had no idea what they looked like, but I knew they were here, and as soon as I got off the boat, I saw these signs everywhere. Not the most flattering picture. The crazy thing about the quokkas is they have utterly no fear of humans, and in fact want to come and check you out. I saw one off in the woods and stopped to take out my camera, and before I even got my first shot, the little guy was already running over to me. They’re so cute :3 The big problem for people living on the island is that the quokkas will come into their stores and just casually sit about munching on things, hence the signs.

And the world’s largest aquarium tunnel in Perth, along with other aquarium stuff. Pretty cool.

If you touch this, you’ll die. Pretty shell huh? Just like something you’d consider picking up on a dive…