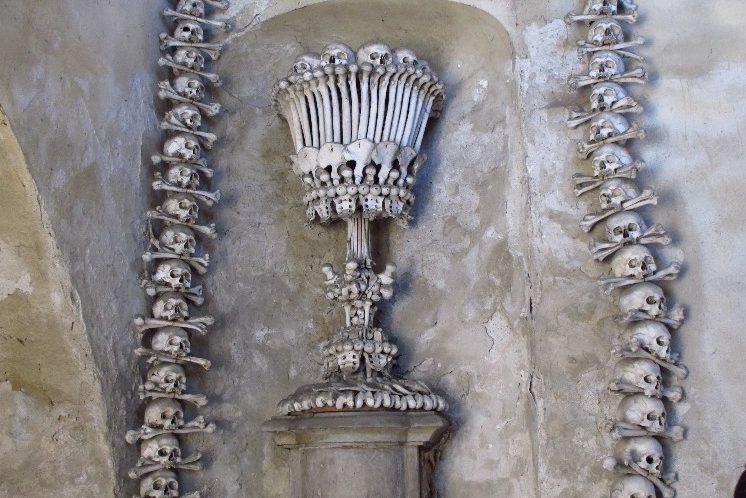 A Classic Trip Through Europe

Heard that quite a bit in Europe.

Man, what a mess lol. It seemed like it made sense when I was doing it.

It’s been an adventure trying to get settled back into the US. I have to say, one of the strangest things about traveling as much as I have is that I’m starting to get tired of traveling. Sure, I still want to see the parts of the world that I haven’t been to, but going long term is just so difficult, and in ways you wouldn’t expect. Being around different people every day, never sleeping in the same bed, always having to get food only when you stumble upon it, never knowing your way around… literally, the day to day inconsistency of life starts to drag on you. Sadly, going at a slower pace isn’t really an option either because every day spent in one place, is a day *not* spent somewhere else, and I have limited time and funding. At one point while traveling through Europe, I hit 13 cities in 13 days. Even I think that’s ridiculous. I wouldn’t have done it another way, but man, I think I’m done with the crazy, break neck speed, long term travel. Small vacations and home for me from now on. Which is not to say I won’t move somewhere in the future again, but we’ll see what happens.

While I was going through South East Asia, I got my job offer to go work in Newcastle, England, so I turned around, flew to the US and packed up my stuff, and then headed over to the UK and started work. Newcastle isn’t exactly known for being a modern city, but I really liked it there. Everyone was really friendly, the city was easily walkable, and it was a good time. It was also really cool to see a different perspective and way of life. I had planned on staying at least a year, but after only a few months, my work started to dry up and I decided to leave and head through Europe on my way back to the US.

From there, I took a route which looks totally nut on a map, but it made logical sense since I needed to go in a loop. And whoah is Europe expensive. Even with nights on trains and such, it was still crazy expensive. A Big Mac meal in Norway was around $17 USD. It was really nice being able to see a huge chunk of the “classic” tourist destinations, but it was definitely different than other parts of the world. For one, *everyone* goes to Europe so everything was crowded no matter where I went (and especially in Italy). And two, everything seemed vaguely familiar. We’ve all seen so many pictures of castles, and seen Rome in tons of movies and pictures, that going through those spots didn’t quite have the same wow factor that other places have had. The best part though, was that this trip was really easy and the places I went were well organized. Pretty much everywhere was a first world country, so it was incredibly easy to just head to an information desk and get going.

Would I head back to Europe? Well, I still want to head to Spain, Portugal, and France, but in general I think I would probably go to other, more exotic places first before coming back to European places. This really is mainly because all of it is just so familiar from an American perspective. Either way, good times and a lot of fun.

This was the view literally across the street from my flat, and I had to walk past it everyday to go to work. This castle is actually the “new castle” that Newcastle was named after (or at least this is the keep of that castle). Oddly enough, this turned out to be one of the best castles in all of Europe that I’ve seen so far. The main reason being that it’s actually old. Most of the “castles” in Europe are from the 17th, 18th, and 19th centuries. But windows, guns, and cannons were already common at those points, so the “castles” are more like stone mansions. I think most people expect castles to be grungy and not have glass windows, and if so, the Newcastle castle is an excellent example of that.

The famous bridges over the Tyne river (this picture taken from the top of the castle keep). The city name of Newcastle is really Newcastle Upon Tyne, and that’s the Tyne there. We have Jersey Shore in the US, and over in the UK, they have Geordie Shore. The people in Newcastle are called Geordies for historical reasons, but yeah, Newcastle is the New Jersey of the UK. If you ever watch any of that, you’ll see the famous bridges in the opening sequence.

At the mouth of the Tyne river, just east of central Newcastle, an old and ruinous cathedral perched over the sea.

The very central most point of Newcastle, with the tower of Earl Charles Grey, the guy Earl Grey tea is named after.

After working Newcastle I headed up to Scotland first and saw the actual sword of Sir William Wallace.

This is the Roslyn Chapel outside of Edinborough of Da Vinci Code fame. It’s pretty cool, though reaaaaallllllllly small.

Seriously, this is 90% of the Roslyn Chapel from the inside. It’s not very big.

A creepy find in Scotland.

This was one of my favorite parts of the trip: Getting to go on the HMS Victory, the flagship of Lord Admiral Nelson in the Battle of Trafalgar. This is everything you think of when you think pirates era ships in the Atlantic. So cool.

The West Pier burnt out ruins in Brighton. This burned down in 2003.

The burial place of Lord Admiral Nelson under St. Paul’s in London.

In the hot baths of Iceland covered in silicon mud. That was the slickest softest mud I’ve ever felt and it’s apparently really good for your skin.

The terrorist damage caused by Anders Breivik in Oslo in 2011. Not much has been fixed yet. This was caused by a truck bomb and is only a small portion of the total damage caused.

This is the Vasa, a ship from 1628 that sank on her maiden voyage that was pulled up from the button of the sea in 1961. They think she may have sunk because her cannon ports took on water once she experienced a strong breeze and tilted over. The fact that it’s in such amazing condition is sheer luck due to local water conditions.

You may have seen this before but not known what it was. This is what doctors during the Black Plague wore to protect themselves from infection. At that point it was unknown what caused the disease, and technology was quite primitive, so doctors put herbs in the nose to prevent breathing in the disease, and had rubies cut for the eyes to prevent seeing the disease for fear that could be the infection route.

The famous gate where many presidents gave speeches during the Cold War. This monument was one part of the wall that separated East and West Germany.

The apartments over Hitler’s bunker where he committed suicide at the end of the war. Looks so normal on the surface.

Would you be so brave as to not conform?

Artwork dedicated to the Holocaust.

The memorial and courtyard where Colonel Claus von Stauffenberg was executed for plotting to assassinate Hitler. This was popularized by the move Valkyrie, and every year the top German leaders lay a wreath here in memory of all the conspirators who were so close to taking down such an evil person.

Check Point Charlie, which is dramatically underwhelming. I thought this was going to be a grand border check, but yeah, here ya go.

A huge section of the Berlin Wall still stands. Could you imagine living on the east side, and knowing that even getting too close to the wall could get you executed?

Hitler’s personal resort pad. This is the Eagle’s Nest at the end of Band of Brothers. If you’ve ever seen videos of Eva Braun, this is where they were filmed.

Getting to the top was impossible without a huge construction effort of a big elevator, and this was the tunnel to the elevator. Hitler didn’t come here much because he didn’t like heights.

And that’s kind of crazy because the views are amazing from up there.

Oktoberfest!!!! It was an absolute madhouse on opening day!!!

The Colosseum in Rome.

The Patheon in Rome.

It eats your hand if you lie?

The view of the square in the Vatican from the top of St. Peter’s

Pompeii is a Roman city that was buried under the ash of a volcanic explosion. Because the city was buried so quickly, everything underneath the ash was surprisingly intact. It’s literally a whole Roman city.

And crazy enough, because the ash fell so quickly, people were buried alive and asphyxiated, so their decaying bodies left cavities in the ash. Someone had the bright idea of pouring plaster into the hollow cavities, and as such you can see the exact position someone was in as they died, with their skeleton at the bottom.

They were really hardcore about not taking pictures of David, but how is taking a picture without a flash going to damage stone? Let alone stone that used to be outside in the elements for a long time.

View from the cathedral top in Florence, with a bike race going on below.

Quaint. On Burano outside of Venice.

One of the dodgiest structures I’ve ever been on.

Bone mounds in the bone cathedral in Kutna Hora outside of Prague.

And the ghastly interior. It’s not much bigger than this really.

At Auschwitz, translates roughly as “work will set you free” or “work makes freedom”. So messed up.

Stacks of shoes of the dead. This was only a small portion of the shoes.

The tracks leading in, and keep in mind this entire stretch would be filled with carts that were stuffed with people. Some were executed, others were sorted and sent to other camps, and it all happened so fast hardly anyone really knew what was happening.

The gas chambers and ovens next door. The poison gas was dropped through vents at the top, and then the bodies carried next door to be cremated which was apparently really difficult since bodies are quite wet. The scratch marks on the walls in the gas chamber were disturbing to say the least.

Something used quite often in the games industry, but this is a plaque outside of Dublin, and a super nerdy side adventure.

From the Isle of Man, I got to tour the TT course, if you’re unfamiliar with this insane motorcycle race, check this out: Super Awesome Link

Don’t get run over by tank. Got it.

One of the last random pics I took in London before heading home.

And coming up later this year for my next trip… Antarctica!

PrevPrevious PostAway From Everything
Next PostIntroducing The “How To Travel” CategoryNext