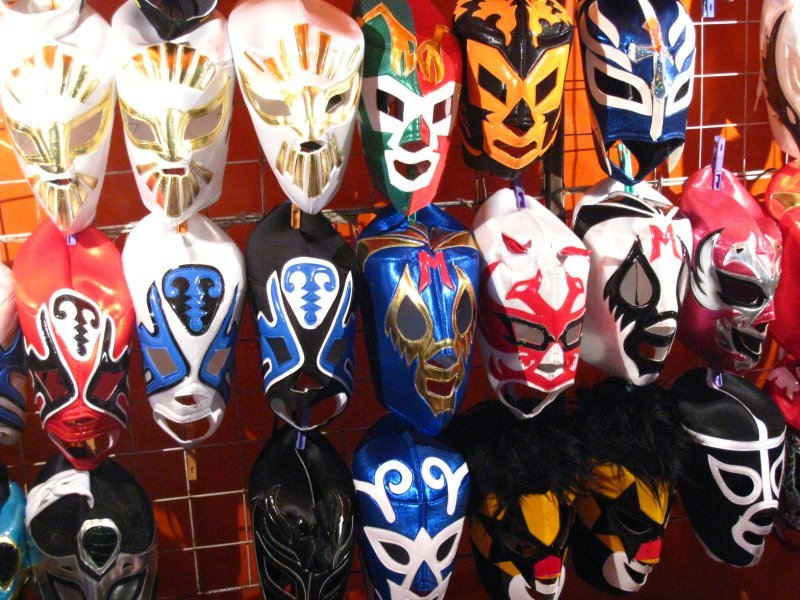 (Got a little music for ya, hit play and read)

It feels like I’ve been gone a really long time already and it’s barely been two weeks. I have so many stories that I already had to whittle this post down into something that can be read in one session =p

Got to Mexico City in one piece and without issue, though I got a marriage proposal before I even got out of the airport from a woman in her thirties saying something about “if I had a girl” and about “ojo azul” (blue eyes). I barely speak any Spanish at all, so not only was that interesting, but there’s been some very fun hand waiving sessions in effort to communicate. I’m getting by though. Being in a place where you don’t speak the language is tricky and at times, a little bit nerve racking when you don’t know what’s going on and you have no way of finding out. The oddest thing so far is that high school age girls keep coming up to me and asking to take their picture with me which keeps tripping me out, but I’m taking it as a compliment. I wish I knew what that was all about.

Hanging out on the roof of the hostel in Mexico City, it’s not just extra, it’s mega (note the dark bottle).

Pyramid of the Sun at Teotihuacan. Also, the world’s third largest pyramid.

Pyramid of the Moon at Teotihuacan.

Just like the tube in London, but in Spanish.

Met some really cool people in the first week or so of my travels, and have already made of good number of friends in London and Brighton. I ended up traveling for a few days with an English guy and two Canadian girls which was awesome. While the girls were sleeping in the buses, Ben and I were teaching each other slang terms (it’s amazing you can be speaking the same language and still not know what the hell someone is trying to say). We got to Oaxaca tired, hungry, and stinking, so all of us started taking showers, and it wasn’t until I heard the girls call my name that I poked my head out of bathroom to see them start cracking up. Apparently I was in the girls bathroom. So I promptly switched all my stuff over and we went out a few minutes later. It wasn’t until the next city that I realized I had left my soap in the shower stall of the girls bathroom. As I have come to find out, the concept of a soap dish, or any travel supply for that matter, doesn’t exist here. I’m trying to ask in a grocery store if they have any covering for a bar of soap using some more hand waiving and everyone is looking at me like I’m crazy. Finally the owner figures out what I want and leads me over to this super fancy bar of soap that comes with its own case. It’ll have to do. Every time I shower now I smell like “Spanish Lust”. It’s quite lovely.

World’s second largest pyramid in Cholula, you just can’t tell cause it’s overgrown, and the Spanish built a church on top.

Even in Mexico, they worship The Beef.

Oaxacan delicacy. You can’t really tell from the picture, but it’s crickets covered in chile and lime. And yes, I tried them. They’re very… chewy.

Best thing I’ve ever eaten, period. And it was only a quesadilla. Speaking of which, Oaxacan hot chocolate amazing. I don’t even like hot chocolate and I was drooling for more.

The last day with my companions, got to Puerto Escondido and it didn’t take more than a couple minutes glance at the 10-14 foot waves to realize I was a bit out of my league surfing there. 4-6 foot waves I can handle a tossing from, 10-14 is a whole different ball game. I was the only one that had any surfing experience, so instead we walked around the beach a bit and climbed up a set of stairs with a thatch hut walkway covering, which I promptly jammed my head into so hard that it dropped me to my knees. Ben had a really worried look on his face until I shook it off and starting cracking up saying “damn stuff built for short people!”. I still have a nice mark on my forehead from that, and it’s been almost a week.

Yeah, the wave wasn’t even close to breaking yet, and these were the small ones. Not even gonna try that…

San Cristobal was very interesting. For some reason, thanks to the way history was taught to me in high school, I was under the impression that when the Spanish invaded central America, they wiped out the Mayan civilization. However, there’s a key word missing from that sentence. They *politically* wiped out the Mayan civilization. The Mayans are still there, dressing the same way, and doing the same stuff they used to do (though oddly mixing sacrifices with Christianity now), and living in the same places they used to. And, as I found out from the guy who started screaming at me, they don’t like their picture being taken (my camera wasn’t even pointed at him). There’s definitely a rift in the people in Mexico. For instance, all the ruins contain the indigenous language on the signs, but the language itself it not recognized by the government, so its not really surprising that this area is home to the Zapatista rebel movement which overtook the city in 1994 and had to be forcefully removed by the Mexican Army. The entire road system in that area is covered in armed military checkpoints to this day because the rebel movement still exists, and the locals support them. Interestingly, the rebels are incredibly supportive of women’s rights. When the government had talks with them, it wasn’t the military leader of the rebels that spoke, but rather a Mayan woman seeking rights for her people. However, that said, they like Che Guevara, meaning they’re Marxists (read Communist), so… yeah, not a fan.

Home of the Zapatistas.

Also, now that I’m on the road, my master plan of uploading photos for backup has miserably failed. “Broadband” is a really loose term here. I’m lucky if I have internet that I can use even half the time, and uploading isn’t close to a possibility because it’s so slow… time to start mailing DVDs of pictures home. That, combined with my ipod eating some of my first day’s photo lead into a long and ridiculous journey to find a DVD burner for my EEE laptop. The only reason I even tried was because I was in Cancun which has tons of American stores. Homer could have written an awesome story about me titled “The Hand Waiving Chronicles”. I must say, it really is amazing how much of a language you start to pick up when you don’t have a choice, but nothing in what I’ve heard so far gave me the slightest clue how to ask for a “DVD burner”. I finally got led over to an Office Max after battling a Cyclops, going through hell, and passing the sirens, so I started trying to convey what I was looking for but they kept taking me over to the spindles of DVDs. Not helping. I finally went over to a computer and pointed at the drive. What I got back was “<Spanish> <Spanish> <Spanish> DVD productor?” Yes, si, productor!, that thingie, I want one of those. From what I can tell I bought the only DVD burner in all of Cancun. One problem solved.

I must also admit, I’m very confused about why people come to Cancun. There’s nothing to do here. Playa Del Carmen on the other hand… awesomeness.

Off to Belize very soon.